Whistler Search and Rescue has now moved into our new base at he municipal works yard at Nesters.
The new base will greatly add to the teams organization and functionality in the Whistler valley, and beyond 2010. 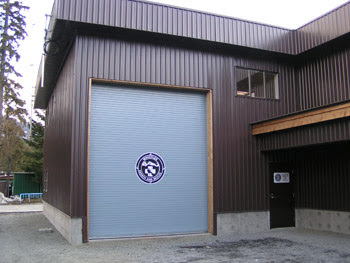 Some major improvements in 2008.

To start a new permanent home!
-Office space:
-finally some desk space for all the paperwork
-New computing power: ability to run incident commander software efficiently from a network of multiple computers 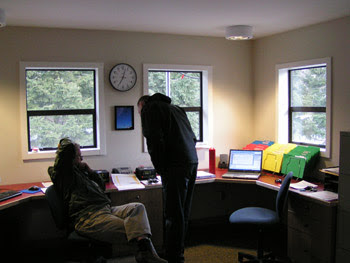 New communications platforms:
-additional base radios
-including the installation of a new duplex VHF repeater on Whistler mtn. Increasing our communications capability in previous trouble areas.


-Large training room:
-Can accommodate 30-40 people for large scale briefings on searches
-The ability to use advanced visual aids in real time to present to a group.
-Can accommodate additional computer stations 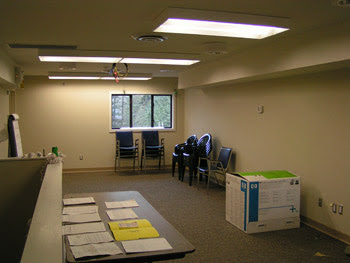 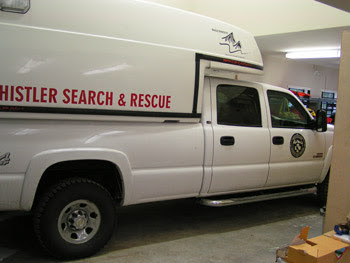 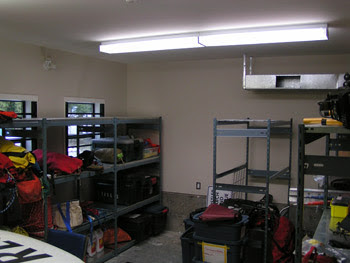 Thanks so much every one that contributed to this huge effort!
Especially the Resort Municipality of Whistler
Posted by Whistler Search and Rescue Society at 4/15/2008 10:39:00 PM No comments: 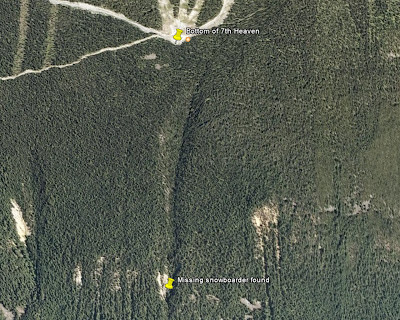 Ito's body was found Sunday by Blackcomb Ski Patrol and the Whistler Search and Rescue team during their continuing search effort.

Searchers found her snowboard at about 2:30 p.m. Sunday, downstream from the area where her body was later found in what is described as the "water basin" beneath the Seventh Heaven run.

Whistler RCMP media relations Const. Afzeel Yakub said the area had been searched before, but heavy snowfall had likely obscured her body. He said warmer weather last week had helped some snow to melt. Ito was only noticed after a faint blue piece of her pant was oberserved only visible from one angle.

"That area had been searched more than once," he said. "If she was visible, she would have been noted earlier."

Her body was found close to where she had last been seen March 20 taking the Seventh Heaven Chairlift. She was reported missing three days later when she didn't show up for English language classes.

Yakub said that over that three-day period "a lot of snow had fallen," hindering the search.

Yakub said it was difficult to say what exactly occurred but on-scene evidence suggested the 25-year-old fell and became too cold to get to safety.

"Indications are that she may have fallen into the basin and tried to get out but you know, having fell back into the creek, hypothermia would have set in that way," Yakub said in an interview Monday.

"She just wasn't able to make it out."

Yakub said Ito's family in Japan have been notified.

Family members went to Whistler after she disappeared, but have since returned to Japan. He said they had been concerned their daughter may have been the victim of foul play or been abducted.

"You can understand how hard it is for parents to have a young child go missing and you know, they were trying every which way to keep some hope of her being alive," he said.

"Knowing that she's been found now will help to alleviate some of that. I don't know if they'll feel any better. . . But at least they know."

He said although Ito's body was found in an out-of-bounds area, she may have become lost.

"All it takes is one slip for something to happen when you're out here enjoying what's otherwise a really safe environment," he said. "There's no indication that she's somebody who would take unnecessary risks. She must have met with an accident or just gotten lost."

"There's some sense of relief today, just knowing she's been located because it takes away a lot of the questions," he said. "However, there's definitely, you know, a feeling of sadness in the air."

A news release from Whistler Blackcomb Monday said three patrollers, including a search and rescue dog, located Ito's snowboard Sunday two hours before a Whistler Search and Rescue helicopter found her body. About 100 centimetres of snow had fallen since Ito was last seen, it said.

"Whistler Blackcomb wishes to express its sincere condolences to the family and friends of the deceased," the release said.
Posted by Whistler Search and Rescue Society at 4/07/2008 04:28:00 PM No comments:

Quebec skier went out of bounds at Whistler

Quebec skier went out of bounds at Whistler, then found dead
Last Updated: Tuesday, March 6, 2007 | 9:43 AM ET
The Canadian Press
No one will ever know why Roch Langlois headed out of bounds off Blackcomb Mountain in Whistler.

But as Search and Rescue members followed his ski tracks down the north side of the mountain, then found his abandoned skis near Wedge Creek before following meandering ski boot footprints back up the slope, it was clear the 34-year-old Quebec tourist was confused.

Brad Sills, head of Whistler's Search and Rescue, said it was indicative of irrational behaviour.

By the time SAR was in the air and on the ground on Sunday, Langlois hadn't been seen for 2½ days.

He was found dead, likely of hypothermia, not far from Green Lake. An autopsy will be done.

Langlois, believed to be an only child, had been dealing with personal issues, said Sills, which may have contributed to his decision-making.